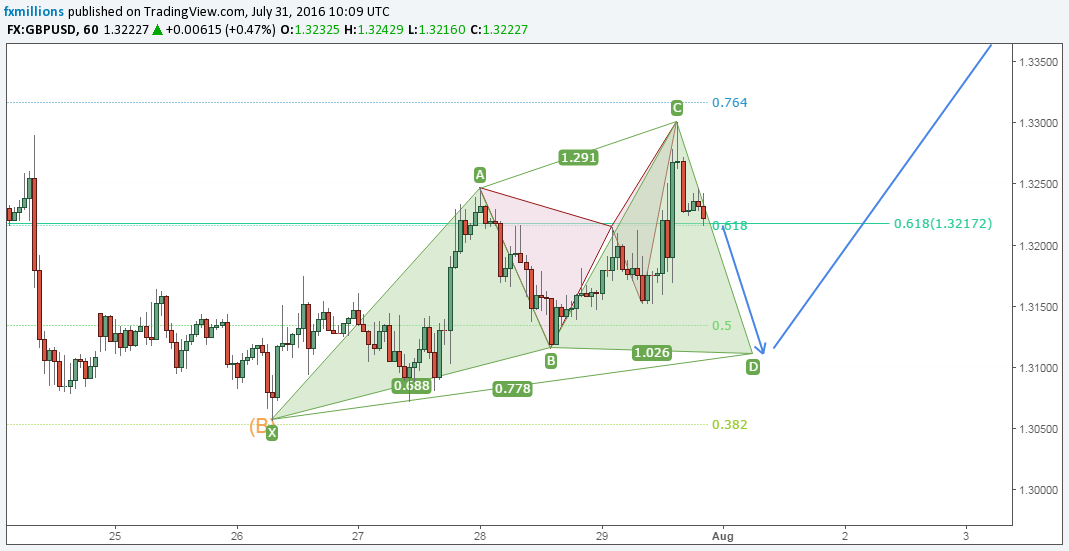 Pound-dollar long term weekly forecast and wave count has been altered to the following. 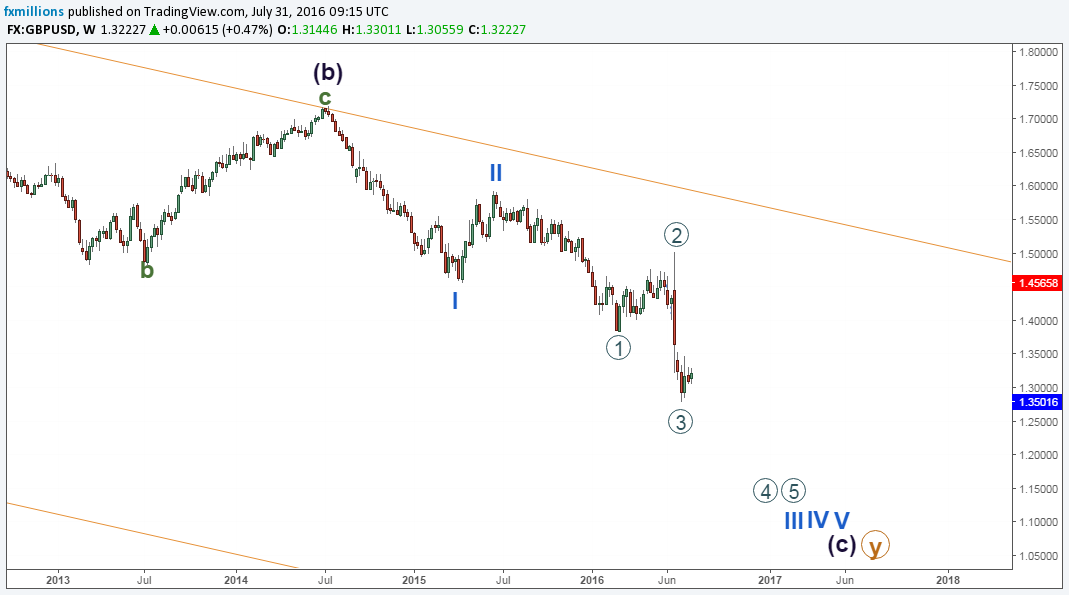 In terms of direction, the expectation stays the same. The only difference between the alternate counts is the duration of current corrective structure. In the previous weeks forecast we were expecting a prolonged correction as the wave IV of Cycle degree. While it may still be the case, the next impulse is expected to the down side in both scenarios. 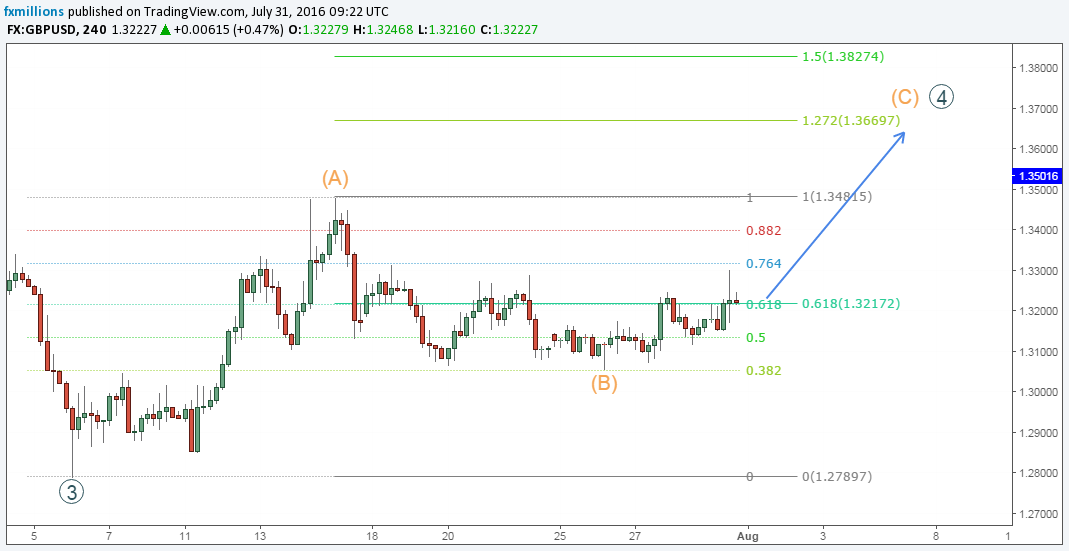 The current structure shows a possibility of an ABC completion. Perhaps by Friday the C wave will be complete in order to get a head start to the bearish impulse with NFP news. The Euro-dollar too has a similar situation, not with regards to direction, but in terms of building up for a big impulse.

ABC structure is only a forecast, while the correction could turn out to be any pattern. Also the completion of the correction at the C point too is a mere expectation. If the market wants to continue towards a prolonged correction – even a double or triple three is a possibility. But that is out of scope for the immediate future.

Butterfly in the hourly? 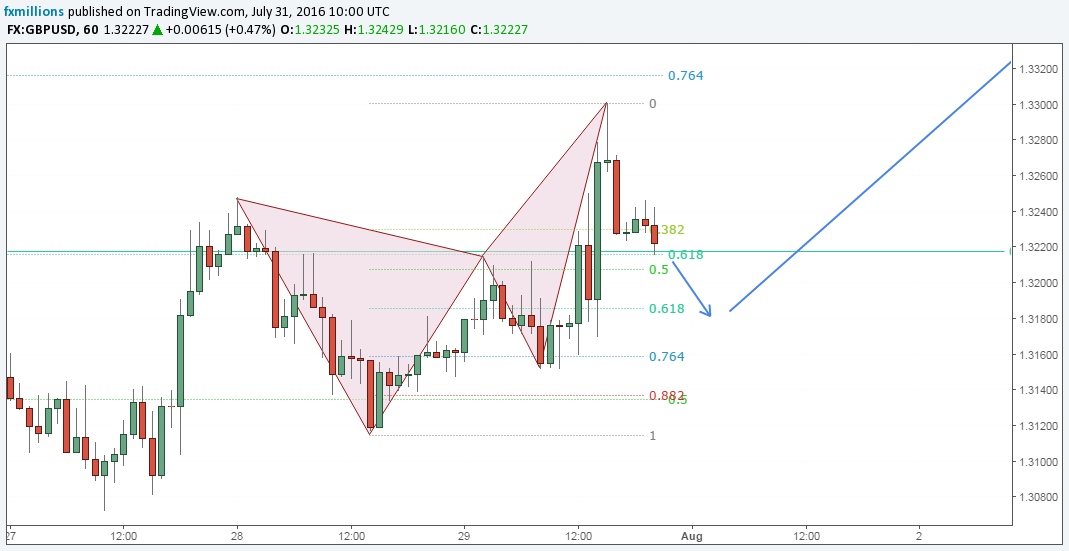 There is a harmonic pattern in development – a possible Butterfly in the hourly view. However its worth mentioning that the B point retracement of the AB leg is just shy of 76.8%. So according to many harmonic traders, this may not be a valid Butterfly. However, with relation to the C wave expectation, there is the need to pin-point certain price levels where the reversal is likely to happen. In this case a 61.8% retracement level of the total height of the Butterfly.

There is another harmonic pattern in development – a bullish Cypher. If the Cypher completes its course, the price will be at a very attractive buy zone.

As it stands, the C wave buy trade is a high probability. But it will be a low risk trade if the Cypher completes. So the expectation is for the pull back to continue from the start of the week. However, there is no intention to trade the ongoing bearish move. If price reaches the Cypher completion, then price action will be reviewed for any buy opportunities.